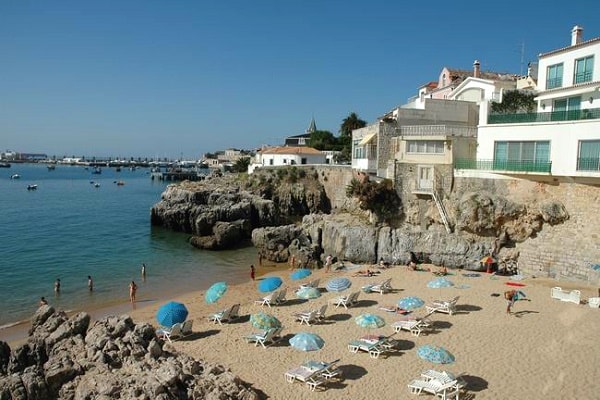 The Praia da Rainha is the smallest beach within the vicinity of Cascais but it is by far the most picturesque. So beautiful was the small cove that it was chosen by a queen as her private beach, thus the name Praia da Rainha, the queen's beach. It is easy to understand how the small strip of golden sand that lies right in the center of Cascais captivated queen Dona Amelia. The beach is surrounded by jagged rocks and looks over the fishing harbour of Cascais but unfortunately today some of the magic is lost due to the large number of visitors who crowd the beach.