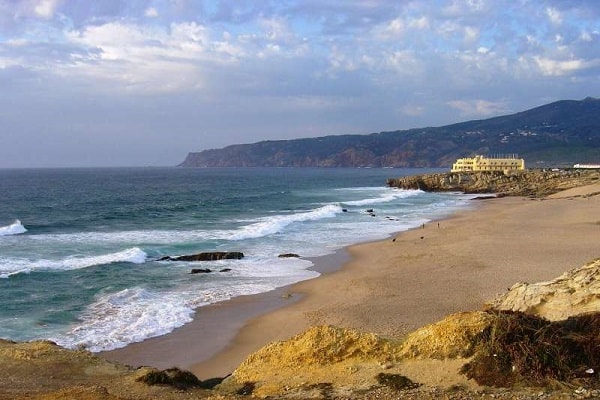 Cresmina beach (Praia da Cresmina) is located right next to the bigger, much better known Guincho beach - in fact it is sometimes referred to as "Little Guincho". A small rocky headland separates the two beaches upon which stands the Fortaleza do Guincho Hotel.

Both beaches are located just around the corner from Cascais on the wild Atlantic coast and this means both are exposed to the powerful waves and persistent northerly winds. However, unlike Guincho, Cresmina is backed by cliffs offering slightly more shelter. The access to the beach is via stairs and a ramp and there are plenty of facilities including a seasonal lifeguard service.